What is AC HVAC and HVAC-R

EXCELLENCE IS NOT A SKILL, IT IS AN ATTITUDE! 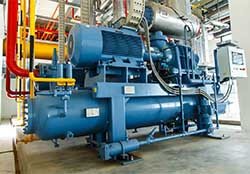 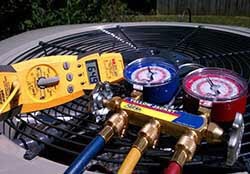 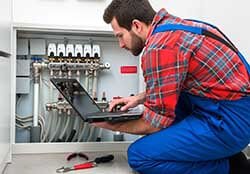 In my 45 year HVAC Career it would be difficult to recount all the times I’ve heard comments regarding confusion between the terms AC HVAC and HVAC-R.

Most particularly HVAC-R, probably because of the conspicuous use of the R placed in what is already a fairly confusing acronym to most of the non-Air Conditioning trained public.

So lets we’re going to try and clear up some the confusion between these terms which are specifically used describe the Air Conditioning, Heating, Ventilation and Refrigeration Services industry paying particular attention to the terms, AC HVAC and HVAC-R.

1)  AC is the most widely used term that most people already know and of course it stands for Air Conditioning.  Air Conditioning was actually invented in 1902 by a man named who was working for a printing company named Willis Carrier.

His original intent had nothing to do with providing comfort cooling to humans or refrigerating food, in fact his sole reason for this new invention was just to remove humidity from inside the printing plant where he currently worked.

If you’ve ever worked at a printing plant or even passed through one for a few minutes you’ll understand exactly he did this. It was purely due to the Mother of Necessity that Willis Carrier dreamed up such a system.  Rooms were mass printing is produced are extremely humid to the point of extreme discomfort to the workers and other occupants.

He accomplished this feat by blowing air through water cooled coils and because the coils were cooled to a temperature lower than the current dew-point it caused the  humidity to collect as droplets on the surface of the coil and run down into a pan below effectively removing the humidity from the working space air.  This is also widely known as de-humidification by refrigeration.

Later, Willis founded what would turn out to be a large and well known Air Conditioning company aptly named the ‘Carrier’ corporation.  More about Willis Carrier and how people stayed cool in the Valley of the Sun Phoenix AZ heat during the early 1900’s.

AC (or Air Conditioning) is the standard method of cooling a living space created by using a thermal chemical electromechanical processes to remove heat, humidity, and as a secondary benefit, dust particles in the air of the living space.

Even though the term ‘AC’  is an acronym for Air Conditioning, in the real world it indirectly also means Heating and some types of Ventilation.  This term is widely used in most all residential Air Conditioning fields and is the first component of the terms AC HVAC and HVAC-R.

Although AC (Air Conditioning) is the method most widely used to provide comfortable air conditioned spaces, there are also other methods of providing air conditioned spaces such as solar and geothermal, but these methods are not widely available to most of the public and so we will consider them beyond the scope of this explanation.

2)  HVAC and HVAC-R Is also a widely used term which is almost synonymous with the term AC above with the exception that HVAC takes the above AC descriptive acronym and adds the prefix HV (Heating and Ventilation) expanding the term into Heating, Ventilating & Air Conditioning.  Like AC, this term is also widely used in all Commercial Air Conditioning fields and some (mostly larger) Residential applications too.

HVACR (aka HVAC-R, HVAC&R, HVAC/R) – Has the same meaning as the previously described HVAC but adds the suffix R which is sometimes separated by a hyphen, ampersand or front-slash shown above.  The R stands for Refrigeration coupled with HVAC Service, therefore HVAC-R has the meaning of AC HVAC and HVAC-R , “Heating, Ventilation, Air Conditioning and Refrigeration” Service.

Those who would like to read more about the history of Air Conditioning, you will find further interesting reading here: 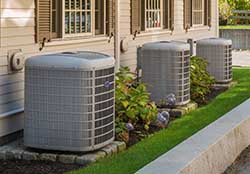 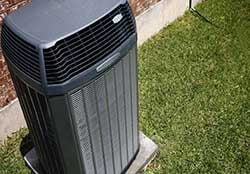 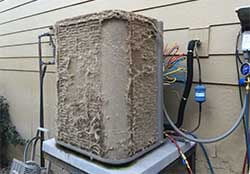 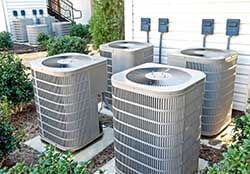