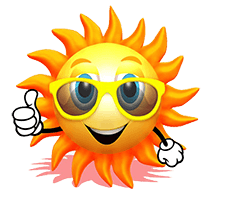 Air Conditioning had already been invented by the 1920’s and in fact it was Willis Carrier (top left) who in 1902 made Air Conditioning a basic invention reality but it would still not become a viable reality for home owners until some five decades later (explained further below), this was because it would take that long before technology would bring down prices enough to be an affordable option for the average family home.

The first usable home air conditioning units became available in 1932 as window units, but the greatest problem still remained which was that the cost of purchasing this luxury for the average family was simply too high.

In 1930 the average annual household income was only $1,368 which did not leave much extra to purchase expensive luxuries like air conditioning and because Air Conditioning was a still new and developing industry, it came at a super-premium cost, so those of us who could not yet afford to buy them opted for the much less expensive but still very worthwhile cooling apparatus named ‘The Evaporative Cooler’, better known as the ‘swamp cooler’ which is how most people stayed cool in the 1920’s and 1930’s.

It would not be until 1947 when 43,000 redesigned – window type – units were manufactured due to the great work of an engineer named Henry Galson who developed a compact and less expensive version of the window air conditioning unit.

Evaporative cooling mentioned above also known as the swamp cooler (pic 2 above) was a more affordable option to cooling homes, factories and stores and as long as the humidity stayed at a reasonably low level (aprox. 10-12% or less), the evaporative cooler would be a wonderful cooling luxury to have.

Some people made their own make shift swamp cooler by hanging sheets from any window with a prevailing breeze and spraying water on them.  If the wind was strong enough it would automatically produce cooling that would cool room and relieve the occupant’s from the heat.  If the wind was not blowing that day there would be no cooling so in place of the wind a well placed fan would be used to produce enough cooled air to get relief from the brutally hot summers here in the Phoenix Valley.

Compared to today the City of Phoenix was quite small and everything north of McDowell Rd was dirt.  The (now historic) Phoenix Indian School District (which was completed in 1931 pic 3 above), was strategically built on the corner of Indian School Rd and Central Avenue because the city planners didn’t think the city would ever grow out that far!

Today we can of course see how huge Phoenix has become as it continues to expand we see large communities growing our as far as New River, Anthem and beyond.

Other Ways to Keep Cool

Other ways how people stayed cool would be to hang around one of he city’s especially built water fountains (pic 4 above.  These fountains were designed to be like water-troughs approx. 2ft x 4ft  wide and 2 to 3 feet deep where people could grab a cool drink and many, especially the children would dunk their heads (and more) into the cool shallow pool to get some relief.

Another way how people stayed cool was, when the time of season was right, ice would be harvested from nearby frozen lakes in large blocks (pic 5 above) and kept in special ice houses designed to keep the blocks from melting fast.

It was not unusual to see several people taking a nap on grassy grounds under the cool plumage of shady trees on warm afternoon days (pic 6 above).

The Best View of Phoenix AZ

The last picture above on the right is of and amazing viewpoint from South Mountain’s famous Dobbins Lookout Point. If you are new to the Valley this is a must visit and see!  It’s a spectacular view of the whole valley at a glance day or night although especially rewarding at night by adding a surreal bright and colorful factor to the experience.

On a personal note, when I was a youngster around 14 years old CIRA 1964, my 2 year older brother Robert had just become a licensed driver and together with a few other young neighbor friends, we decided to borrow our parents car which was a 1960 Buick Invicta and drive up to South Mountain Dobbins Lookout Point.

Shortly after we arrived, there happened to be an unusually strong yet unannounced thunder storm rolling through which and because of it’s strength and temperature changing event turned out to be a rarity.

It was not unusual for a storm to pass through the Valley without warning but this one not only dumped a lot of rain but it also blessed us on that mountain with a TON (pardon the pun) of snow while we were up on that mountain at the Dobbins Lookout Point.

Not just a few flakes but it literally blizzard for about 45 minutes covering the ground, cacti rocks and everything several inches deep.   It truly looked and felt like a paradise wonderland out there in the middle of the desert on top a the only real mountain between Casa Grande and Phoenix getting snowed on like I was in Iowa in the middle of winter.   I will never forget that experience!

Thank you for saving my sons birthday repairing our AC on time. Without you we would have postponed this very important day! 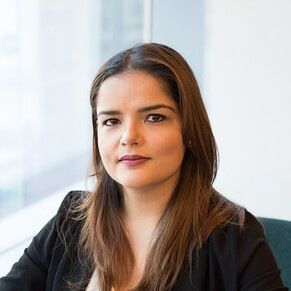